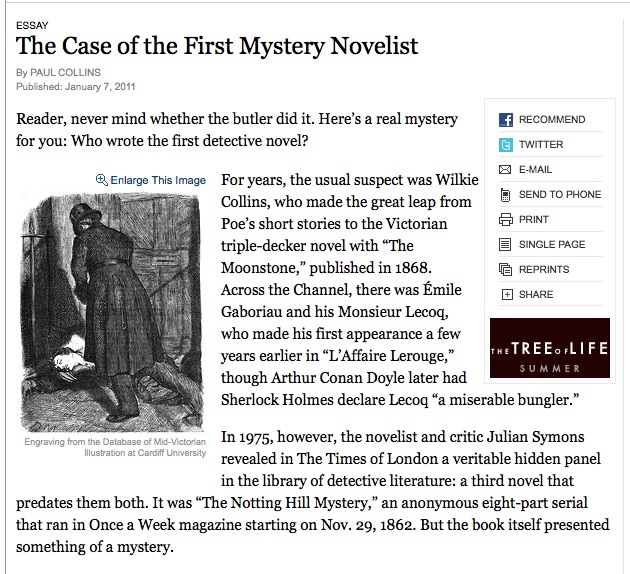 Fascinating story about the first detective novel, The Notting Hill Murders, whose existence was ferreted out by author Paul Collins (The Murder of the Century: The Gilded Age Crime That Scandalized a City and Sparked the Tabloid Wars, June 2011). The novel itself sounds pretty darn good, too, a story of wife murder that could star Charles Boyer and Ingrid Bergman. You know, if they were still alive.